(CNN)The US Food and Drug Administration has made clear that it does not plan to make any changes to Covid-19 vaccine dosing schedules in the United States — but if any changes were made, the vaccine manufacturer would have to specifically ask the agency to adjust authorization.

CNN confirmed with the FDA on Wednesday that if a manufacturer requests a change to its emergency use authorization, the manufacturer would need to submit data to the FDA supporting the requested change. 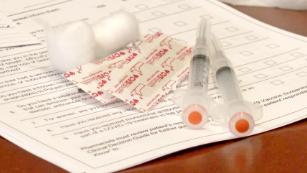 FDA says people need both doses of coronavirus vaccines
If any changes are proposed to the Covid-19 vaccine dosing schedules in the future — it likely would not be the FDA making the proposals, said David Benkeser, a biostatistician at Emory University whose research includes work on preventive vaccines.
“If it moves, it won’t be FDA that moves it. They’re bound by legal operations that dictate how drugs are approved in the country, and so it’s not surprising to hear them say that their strong preference is to stick with what we know works,” Benkeser said, adding that any changes most likely would be submitted to the FDA for consideration and then the agency would review data supporting such changes.
“They’re going to want to see correlate data,” Benkeser said. “And if we can establish and validate a correlate, I think they’ll be happy to consider alternative dosing schedules, as well as new vaccines down the line next year.”

Health officials have been speculating about the possibility of stretching out vaccine supply by giving people a single dose instead of two doses, or perhaps by cutting doses in half. British officials created an uproar by saying they would consider such changes. 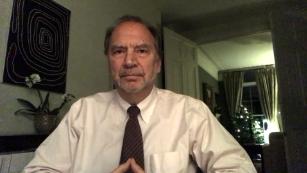 Virologist warns against increasing Pfizer vaccine gap 11:13
FDA Commissioner Dr. Stephen Hahn and Dr. Peter Marks, who heads FDA’s vaccine division, issued a statement Monday saying “suggesting changes to the FDA-authorized dosing or schedules of these vaccines is premature and not rooted solidly in the available evidence.”
In Britain, medical officers last week decided to extend the 21-day period of time between administering the first and second doses of the Pfizer/BioNTech Covid-19 vaccine in order to stretch the vaccine supply.
Pfizer said it did not have data to demonstrate that just a single dose of its vaccine would provide protection against the disease after more than 21 days.
“Pfizer and BioNTech’s Phase 3 study for the Covid-19 vaccine was designed to evaluate the vaccine’s safety and efficacy following a two-dose schedule, separated by 21 days,” Pfizer said in a statement on Thursday. “There are no data to demonstrate that protection after the first dose is sustained after 21 days.” 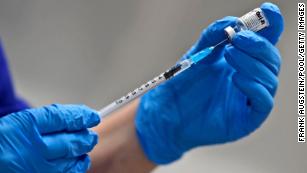 UK chief medical officers defend delay of second Pfizer Covid-19 vaccine doses
In the United States, the Infectious Diseases Society of America noted in a statement on Tuesday that the nation is facing obstacles and challenges with rolling out Covid-19 vaccines — but the group agrees with the FDA that “changes to the authorized use of the vaccines, including the dosing that has been informed by clinical trial data, would be premature and potentially harmful.”
“Such changes at this time carry the risk of both undermining the effectiveness of vaccines and eroding the public trust necessary for successful vaccine uptake. As always, our approach against this pandemic must be founded in science, leadership, funding, collaboration and cooperation,” Dr. Barbara D. Alexander, president of IDSA, and Dr. Rajesh Gandhi, chair of the HIV Medicine Association, wrote in the joint statement.

‘It is a unique moment’

The overall development of Covid-19 vaccines — including dosing schedules and the process of getting them into arms — has been unprecedented, Emory University’s Benkeser added.
“In many ways, it is a unique moment,” Benkeser said. In the past, “there have been outbreaks and science has had to respond very quickly in producing a vaccine. Ebola, for example, was one where we got a vaccine in the field that looked like it was very effective — but the outbreak of Ebola was never on the scale of Covid.” It took years for an Ebola vaccine to get approved.
Get CNN Health’s weekly newsletter

Sign up here to get The Results Are In with Dr. Sanjay Gupta every Tuesday from the CNN Health team.

Now, moves to administer Covid-19 vaccines to people in the United States are being criticized as slow and clunky, but the rollout likely “will pick up momentum” in the coming weeks, Dr. Anthony Fauci said on Tuesday.
“It got off to a slow start and we need to do better at every level, but I believe that we will pick up momentum as we get beyond the holiday season into the first couple of weeks in January,” Fauci, director of the National Institute of Allergy and Infectious Diseases, told Newsday’s Randi Marshall during a virtual event.
“We have to be really careful, Randi, that we don’t jump to a conclusion based on a very short time period, because we just started,” Fauci said.
“The government and the locals, including the governors and the mayors and others, have just started in the last couple of weeks in December, right in the middle of the holiday season,” Fauci said. “I think we should wait until the first and second week in January to see if we can catch up with the pace.”

CNN’s Laura Smith-Spark and Nada Bashir contributed to this report.